Growing up southern is a privilege. Life is slower down here but the people are not. I grew up with a typical southern upbringing. Respect your elders. Go to church. Go to college. Football is EVERYTHING. Drink sweet tea. But somewhere along the way I dipped off into a more independent state of mind. Being a sheep in the flock never appealed to me. Not when there are wolves around every corner. I’d much rather be berated for my beliefs than have nothing to stand for.

Southerners of all races, genders, ages and tax brackets hold one simple truth that gets them through the hard times, “They’re always right and when they’re wrong, they were probably mostly right.” That’s what makes us so stubborn and hard to get along with. It’s also why so many southerners fit so seamlessly into the Republican Party…birds of a feather or something. Not the blacks but those other folks.

I’m decidedly southern atypical. I don’t fix neatly into any group. I vote Democratic but have no problem admitting that every now and then the Republicans make a valid point or two. I’m black, but grew up around so many white people there’s a general 50/50 chance you’ll catch me listening to Taylor Swift or Kanye West on any given day. I know racism still is alive and well but don’t feel the urge to summon Al Shapton every time a white person cuts me off in traffic. I understand our history has be a rough and raggedy road but I also understand that we have to begin to make a way for our children.

My southern values have been injected with a little common sense….sue me. 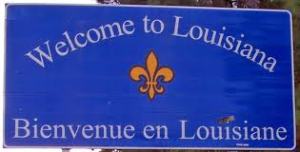